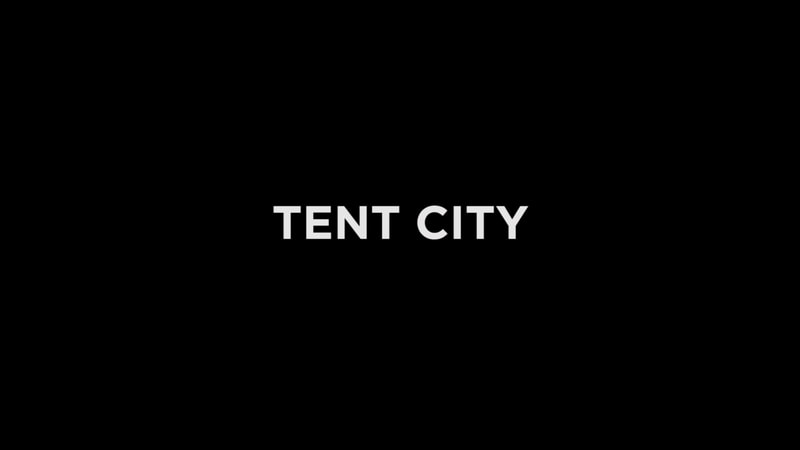 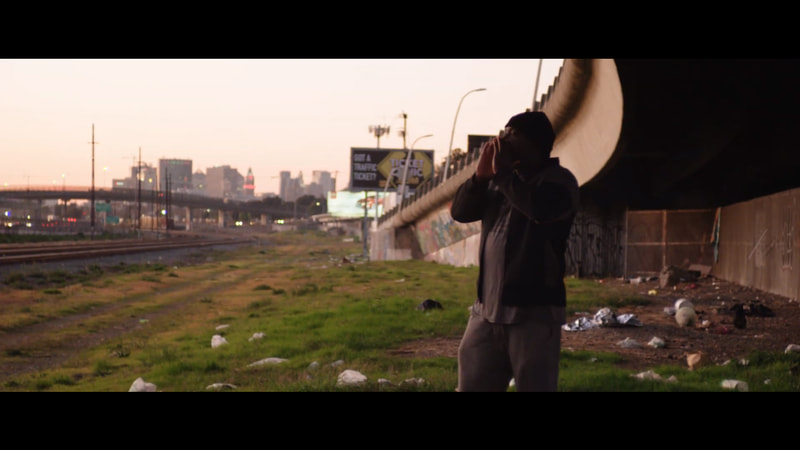 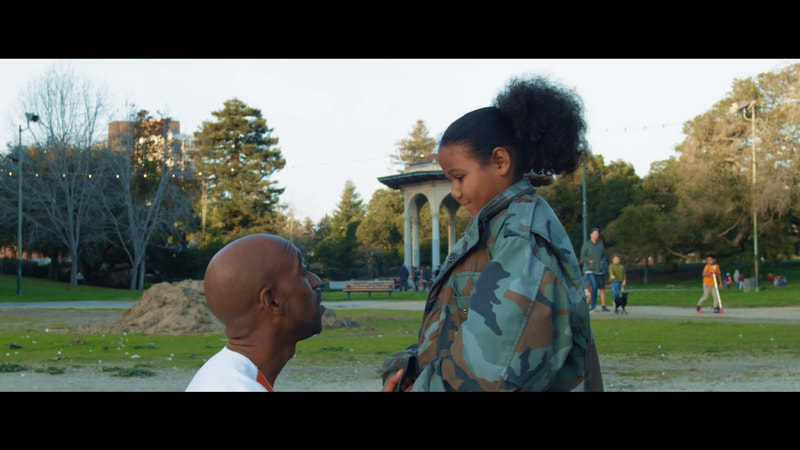 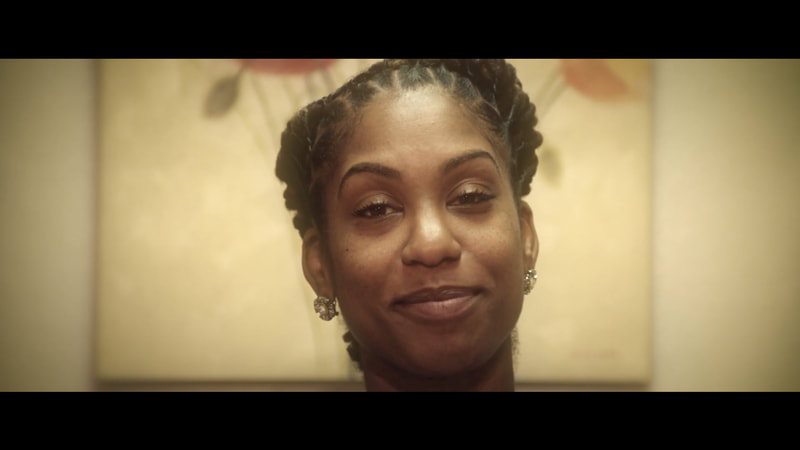 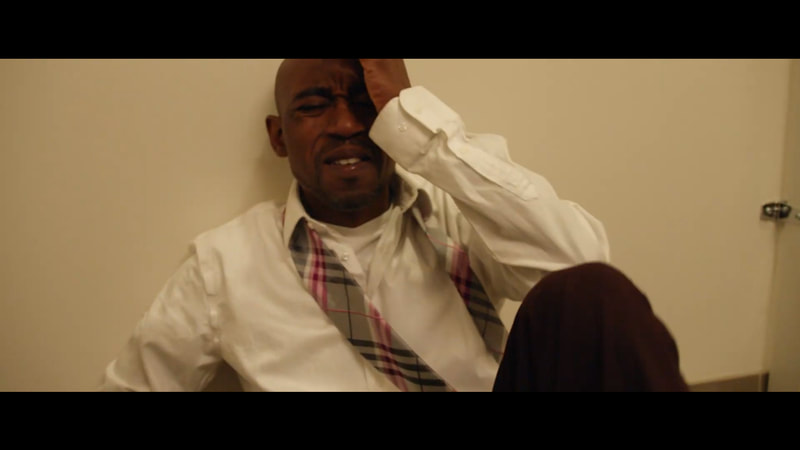 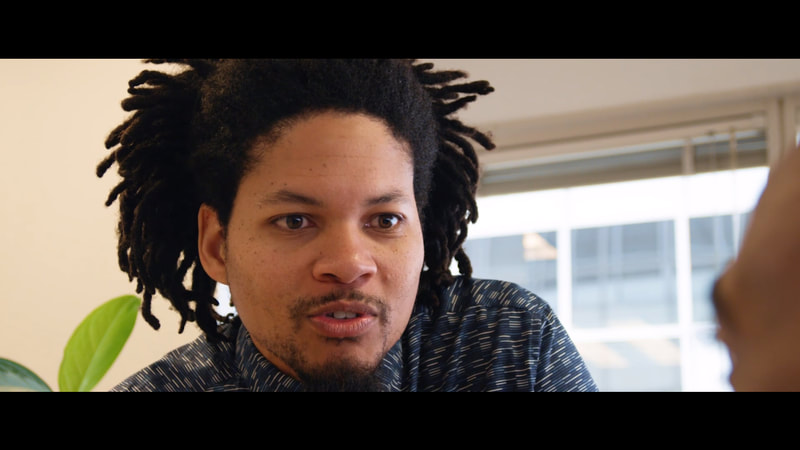 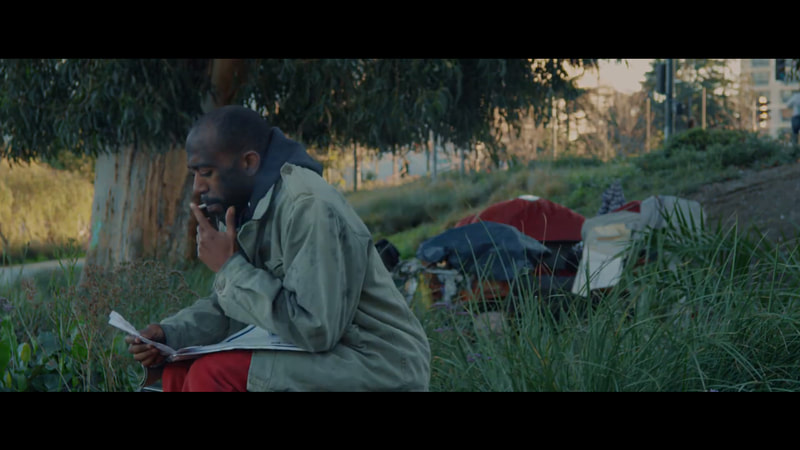 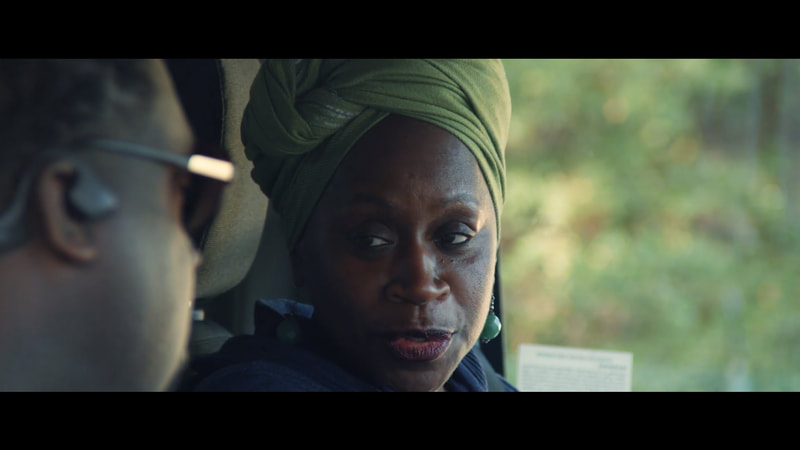 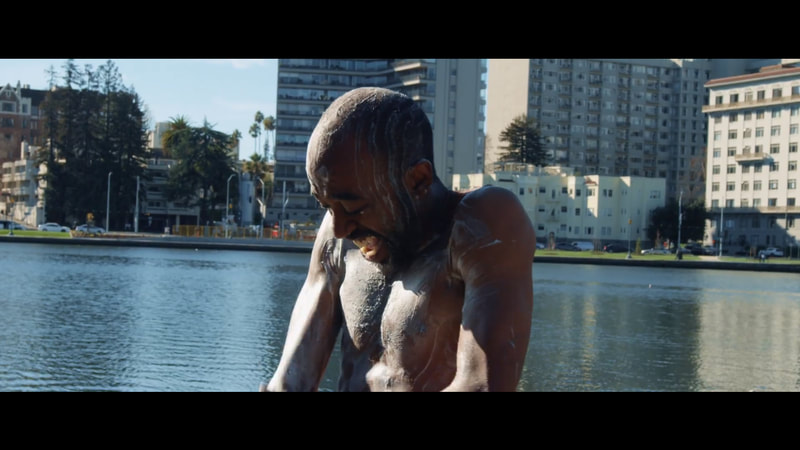 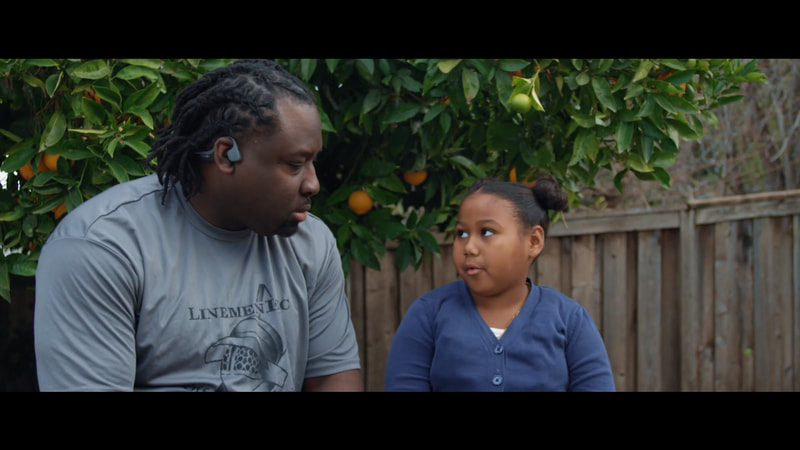 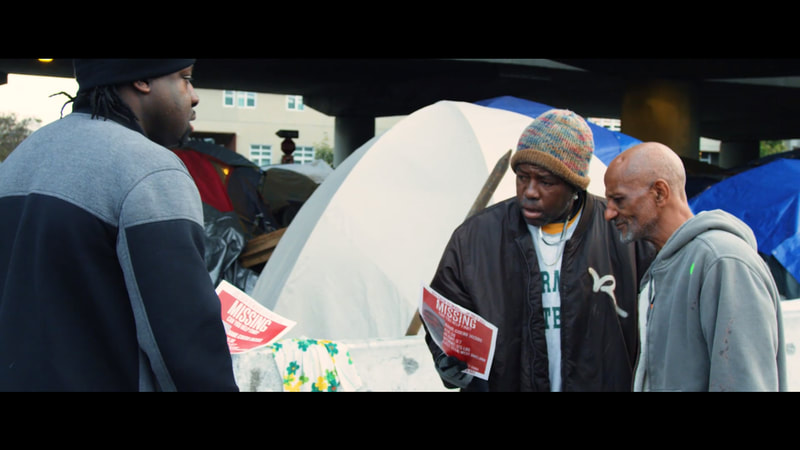 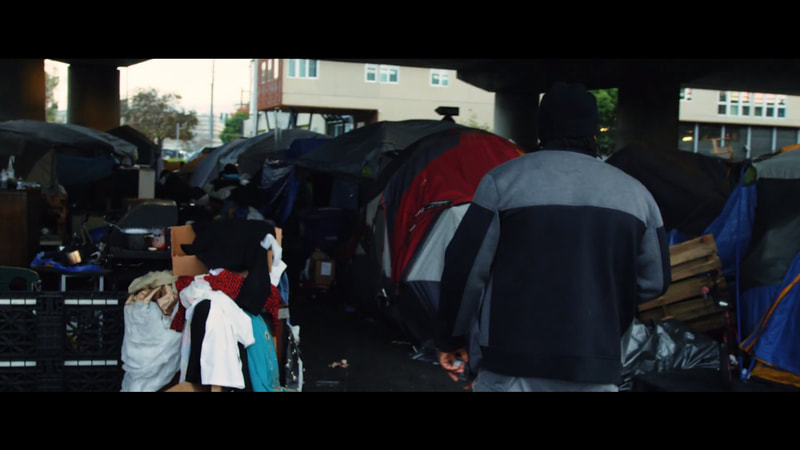 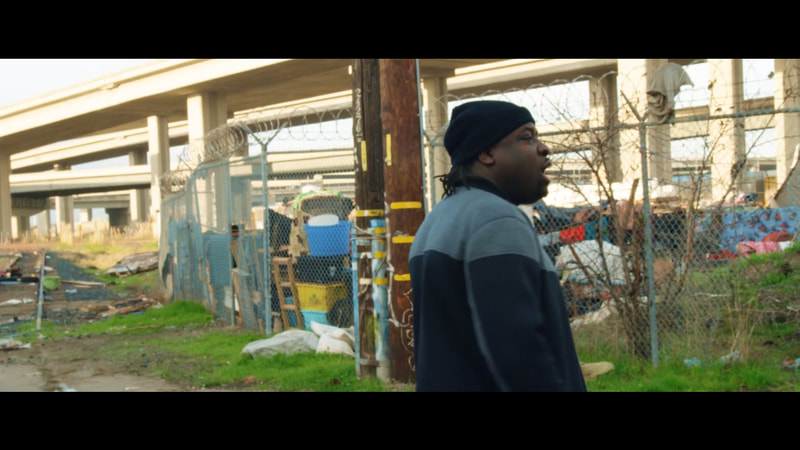 Produced by (393films), From Writer/Director Adimu “WolfHawkJaguar” Madyun comes the story of Cicero Jacobs, played by lead actor Sizwe Abakah. Jacobs is a loving father/ husband who falls into deep depression and mental collapse after his wife dies from cancer. Tent City highlights the impact of unprocessed grief on mental health in America, the toll that gentrification has taken on the city of Oakland (nation wide), and ignites a call to action to reclaim our humanity in the midst of our ever changing world. “In a city of tents, every tent has a story.” It is up to us to change the narrative of homelessness, mental trauma, and despair.

Every vision requires a team to make it happen. Meet the team that made Tent City!

The heart of the team 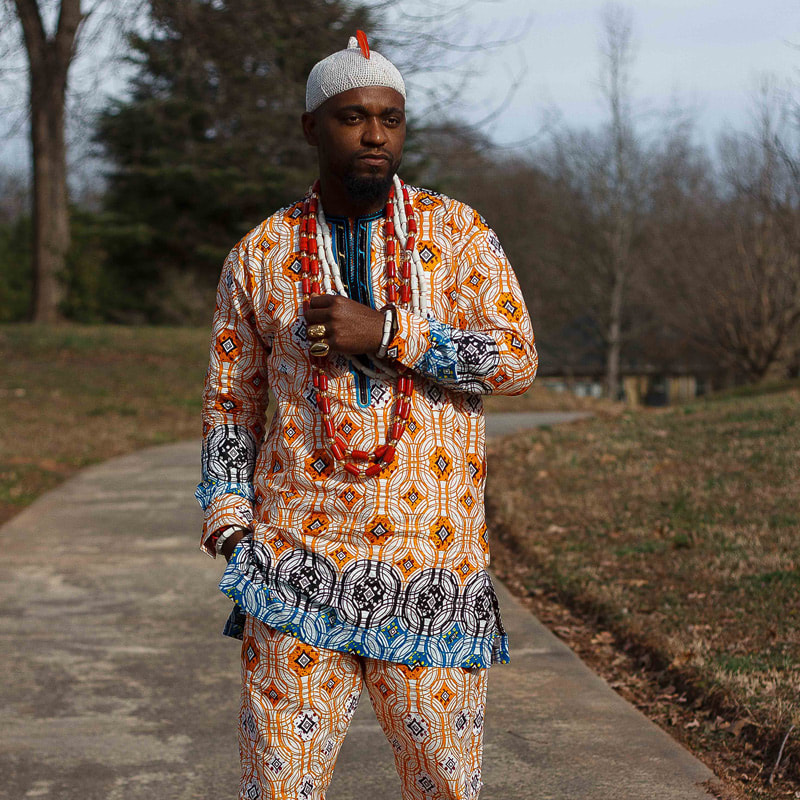 Bio World renowned Founder, CEO & Artistic Director of Ajose Afrikan (a multiple performing arts company), King Oba Ogunlano is a versatile musician, composer, actor, drummer, caporeista, choreographer and dancer. With his many recent featured television & movie appearances (Birth of a Nation: The Nat Turner Film, The Originals, Constantine, The Real Housewives of Atlanta, etc.), Oba is quickly becoming a force to be reckoned with within the field of entertainment as a teacher, artist, actor and performer. Along with the integration of African culture education in film & television, alongside in-school residency programs and musical performances, storytelling and costume designing, Oba quickly earned a reputation of delivering nothing short of the most electrifying performances, programs, clinics & workshops. Born in Miami, FL to the late great jazz singing Queen and Yoruba Priestess of Yemonja, Omialadora Ajamu & Yoruba Priest of Osun, Babalawo and performer extraordinaire, Olomide Ogunlano, Odun, the 8th of 9 children, was born into a large family of musicians and performers. Under the guidance of their parents, the family was able to maintain their traditional ancestral customs and culture of their native ancestry, the Yoruba peoples of south- western Nigeria. Oba’s first major performance was at the tender age of 4, when he, along with his family's band, 'The African Connection', opened up for international legend, Fela Kuti. Only 4 years later, Oba would undergo the biggest cultural rite of his life, where he was then initiated into the mysteries of the Yoruba deity, Obatala. "This is only the beginning!", a statement that Oba echoes throughout the celebration of the attainment of his many goals and accomplishments. As a budding actor, Oba is excited to see what is in store for him. Much of his mission is to preserve African culture and traditions that inspire future generations of performing artists within the field of African drum, dance and visual arts. Focusing on arts education and developing integrated learning opportunities for teachers and students, Oba provides professional instruction and artistic support to numerous schools, arts organizations, dance & music artists and film & television companies throughout the United States and abroad. 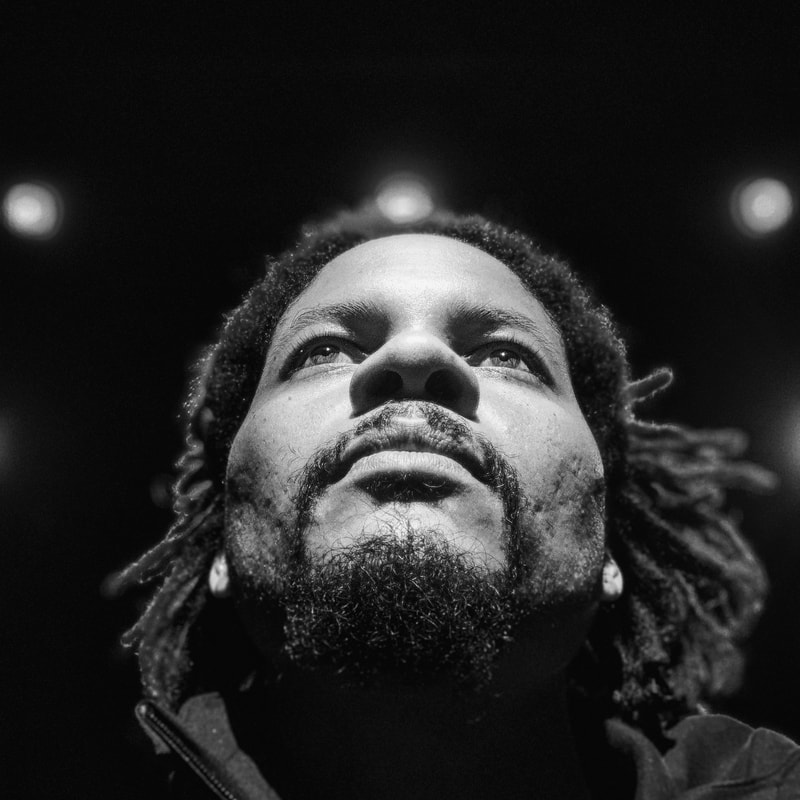 ShakaJamal is a culturally innovative artist and filmmaker from Oakland, California. His experiences as film producer, director, cinematographer, editor, writer, performing artist, and music producer bring a distinctive and invaluable perspective to any venture. His work reveals the inspiring achievements of change makers—whose stories often go untold. His work with non-profits and corporations is dedicated to transforming the social fabric of our community. ShakaJamal is a graduate of Tuskegee University where he earned a BA in History. He received a Master’s of Fine Arts in Cinema at San Francisco State University. He is the first filmmaker from Oakland, CA to receive the Game Changers Fellowship which lead him to premiere a series of short documentaries in New York at Harlem’s Schomburg Center for Research in Black Culture. His work has premiered both nationally and internationally, on television, and in numerous film festivals. ShakaJamal is also the founder of Namaste Ready! a co-op that provides yoga and self care healing practices designed to activate and support the healing powers of the Black Community. He is trained in Raja Yoga through Niroga Institute's Integral Health Fellowship. He is now a 200 Hour Certified Trauma-Informed Yoga Teacher who taught his residency at East Oakland Youth Development Center (EOYDC), Growing Roses in Concrete and Alameda County's Juvenile Hall WETA Program. 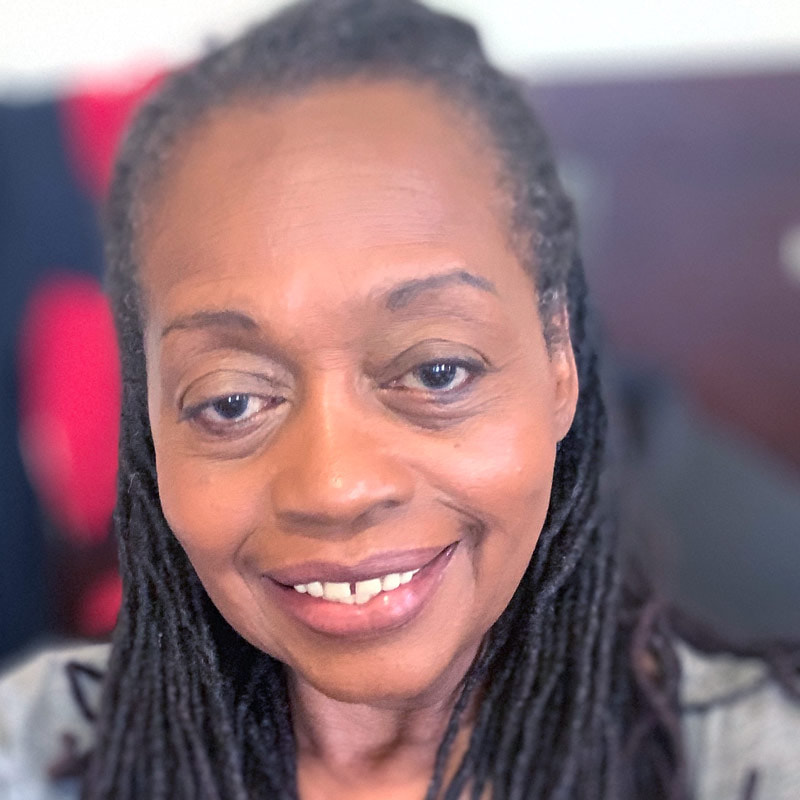 Ayodele Nzinga, MFA, Ph.D. Ayodele Nzinga is the founding producing director of the Lower Bottom Playaz, Inc., founded in 1999, they are Oakland's oldest North American Theater Company, currently in residence, at The Flight Deck in downtown Oakland. Described as a renaissance woman; Nzinga is considered a multi-disciplined creative force; she is a producing director, playwright, poet, dramaturg, actress, performance consultant, educator, and community advocate. She is the founder of Lower Bottom Playaz Summer Theater Day Camp, established in 2017, a performance-based literacy camp that serves youth 5-18 free of charge. She is the producer of BAMBDFEST a multi-venue month-long arts and cultural festival celebrating the Black Arts Movement and Business District in Oakland CA. Nzinga holds an MFA in Writing and Consciousness, and a Ph.D. in Transformative Learning. Work for the page includes The Horse Eaters published by Nomadic Press, A Narrative Inquiry into Performance Pedagogy, work in Vision Magazine, two volumes of the Journal of Pan African Studies, 14 Hills Journal, Magnolia Journal, and in the anthologies, Environmental Terrorist and Say it Loud. Nzinga's work for the stage includes Mama at Twilight: Death by Love, Mack: A Gangsta's Tale, Lifer, and Beyond the Bars: Growing Home. Film credits include The Everlasting Coconut Tree, So Beautiful, Protection Shields, and Tent City produced by 393 Film. Nzinga directed the longest running African American play in North America, One Day in the Life, and is the only director to produce a fully-staged play in the iconic African American Museum and Library at Oakland, CA. Nzinga is a Cal-Shakes Artist Investigator Alumni, the founding Artistic Director of the original Recovery Theater, a Helen Crocker Russell Arts Leadership awardee, and a member of Alameda County Women’s Hall; inducted for contributions to Arts and Culture. Ayodele is recognized by Theater Bay Area as one of the 40 faces in the Bay Area that changed the face of theater in the Bay Area, she is also recognized by the August Wilson House as the only director to direct the August Wilson Century Cycle in chronological order. 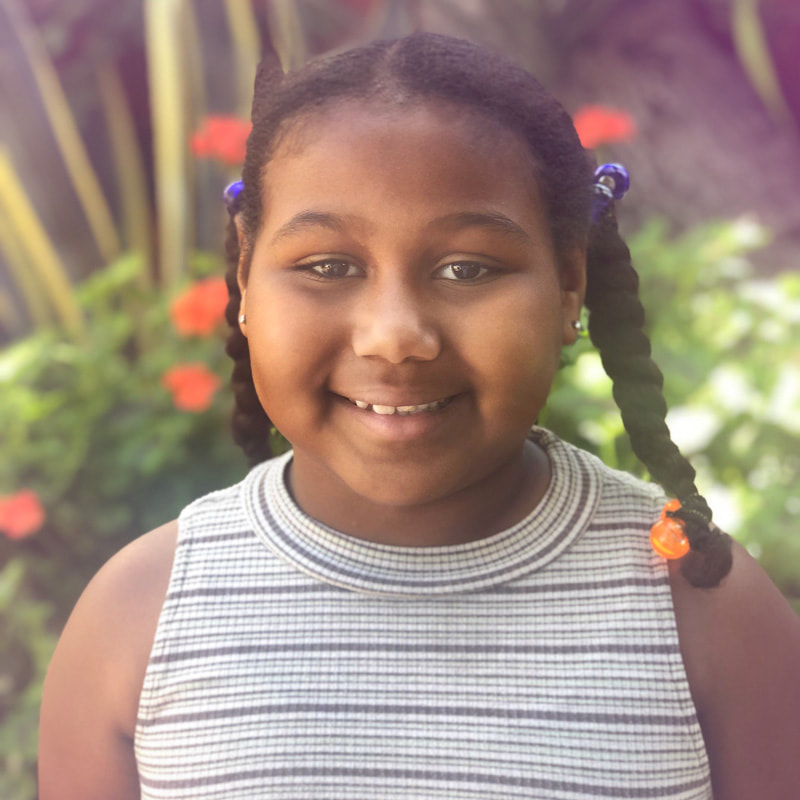 Saba is a creative force packed in a small package. The youngest of 5 children, Saba came into the world ready to make her mark. She sings, acts, draws and tells amazing stories. She has written several books and starred in several home shool tgeater productions. Here first feature film. Is "tent city" and plays the daughter of the sisaro, a man whos grief impacts his mental health and ability to care for his daughter. 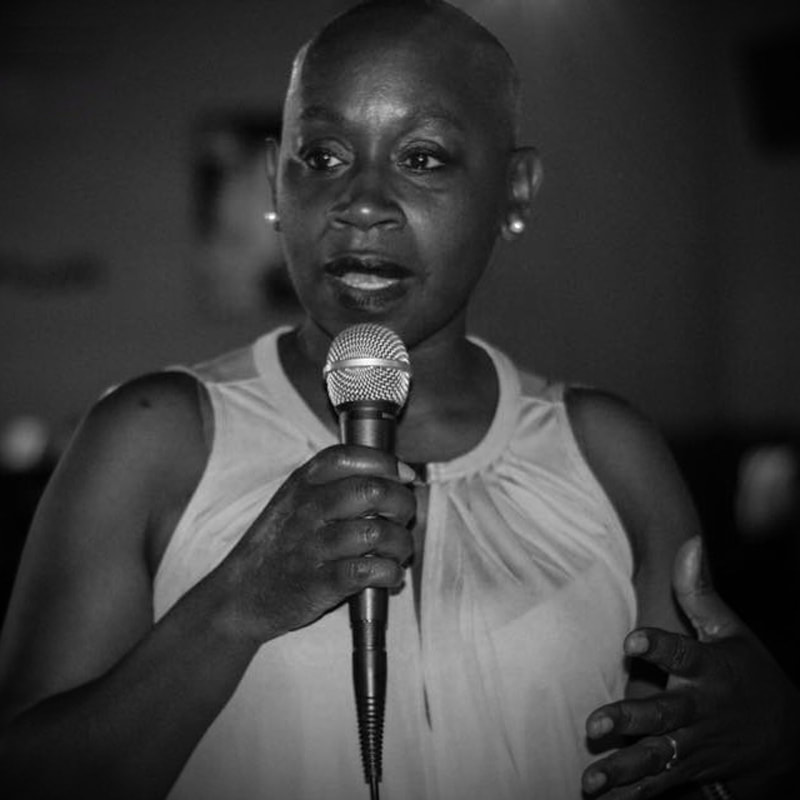 Tina Bathsheba Harambe is a mosaic blend of creativity; she has written and produce children plays, delivered key note speeches, appeared in music videos, and MC community cultural events. Bathsheba is a down to earth Southern Girl and healer that loves to talk about spirituality, philosophy and inner work processing. In the movie Tent City; Bathsheba plays the role of Ms. High Tower a social worker looking for answers on why " Syraya was never picked up after school 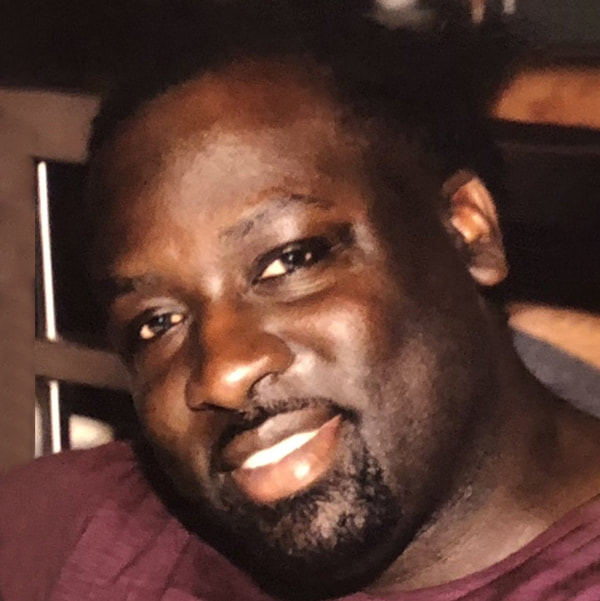 Pierre Scott starring as “Cousin Donovan” in Tent City, is an Oakland native who started acting with the Lower Bottom Playaz (LBP) in 2014. He is a dynamic actor, voice over performer, and upcoming producer. Pierre has appeared in Gem of the Ocean,Jitney, Two Trains Running, and Radio Golf in the LBP’s American Century Cycle Project. He also appeared in Collective Acts Oakland's first Black Arts Movement Theater Festival. Now a leading member, Pierre has expanded his range, performing in Mama at Twilight: Death by Love, Lifer, Fences(CalShakes) & Protection Shields. His ability to captivate audiences with his melodic baritone is something to see.

Below you will find content from tent city in the media.

Click image above to read the KQED news article about Tent City.